Today I wanted to configure my router to support PXE-booting in my homenetwork.  Herefore the following components are requeired:

The DHCP-Server is running on a Draytek Vigor 2130n router. The configuration of the PXE-option is not available by the webinterface so we have to configure the option in the configfile of the DHCP-server itself. As a DHCP-server the Vigor is running DNSmasq.  To configure the DNSmasq we have to log in on the router via ssh and edit /etc/dnsmasq.conf. At the end of the file the follwing line has to be appended:

It’s also possible to configure iPXE or gPXE to boot from. Herefor the corresponding bootfile has to be changed.

On my NAS the TFTP-server has been enabled and the content of the example-zip was plaeced in the TFTP-root.

If everything was setup correctly a similar screen should appear: 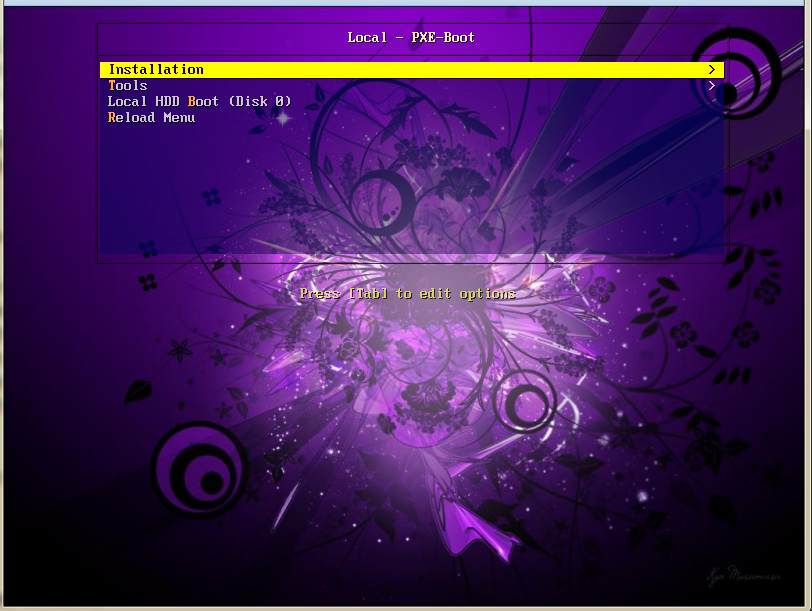 I have a seperate tools menu in my PXE-menu to boot tools for HW-diagnosys, partitioning, backup and system rescue. An overview about some cool tools can be found in this blog post.